What’s in a Name?

I can’t think of anything sadder than the loss of a loved one. And I can only imagine that this pain must be even worse if, as sometimes happens, the person is never positively identified. Aside from the heartache of “what if,” there are practical complications as well for family and friends. Positive ID is important beyond providing closure. It’s needed to obtain a death certificate, access bank accounts, transfer property, settle insurance claims and any number of other practical issues. 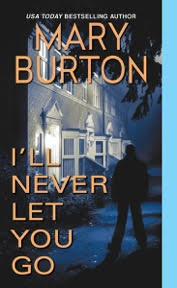 In cases where identification is in doubt, medical examiners must sometimes make a “presumptive identification” based on fingerprints, dental records and DNA. When the scientific means of confirming the person’s identity isn’t possible because of fire or decomposition, medical and law enforcement professionals must find identification clues in other evidence. Where was the body found?  What clothes or jewelry was the victim wearing?  Was the deceased carrying  credit cards, notes or receipts?

When a crime is involved, knowing the name of a possible victim is hugely important to law enforcement’s investigation. I knew this when I gave a local police department in I’LL NEVER LET YOU GO, the third of my “Morgan Family” novels, the puzzle of a death with no verifiable clues—no DNA results or dental records. All I gave them was a wallet with a driver’s license and a family ring.
Here’s Tennessee Bureau of Investigation agent and Morgan sibling Alex dealing with the possibility of a mistaken identification.

Alex arrived at the state medical examiner’s office minutes after eight, a newly acquired file tucked under his arm. He approached reception, showed his badge, and stated he had an appointment with Dr. Heller. He’d only had minutes to wait before she appeared at the side door. Dark slacks and a chestnut-brown turtleneck accentuated her long frame. She wore her hair pinned up in a tight bun at the base of her neck. Reading glasses perched on her head. She crossed the lobby, smiling. “Alex, what can I do for you?”

“Sure. Come on back.” She scanned her card at the door and it clicked open, and the two moved to a small conference room off the lobby. She sat at the head of the table and he took the seat to her left. “What do you have for me?”

“It’s an autopsy report. Done by a coroner in South Carolina.”

He pushed the file toward her. “Read it and let me know what you think. It’s only a couple of pages.”

She perched her glasses on her nose and leaned forward as she opened the file. She read the first page and frowned. The second page deepened that frown, and by the time she’d reached the third page, she looked puzzled.

“What do you think?”

“I think it’s rather incomplete. The body was badly burned in the car accident, but there was no DNA testing done, nor were dental records pulled. The identification was made solely on a charred wallet at the scene, a ring on the victim’s finger, and hearsay from several witnesses.”

“I’d pick a jurisdiction like this. It’s rural, the county coroner isn’t a medical professional by trade, and it would be a place where identification mistakes are likely. That’s not to say the didn’t ID the right guy. They may have, but I’d want more evidence to make a ruling.”

He sat back in his chair, almost sorry his instincts were proving correct. “Right.”