The Hangman Excerpt: Tobias and a 25 year-old crime 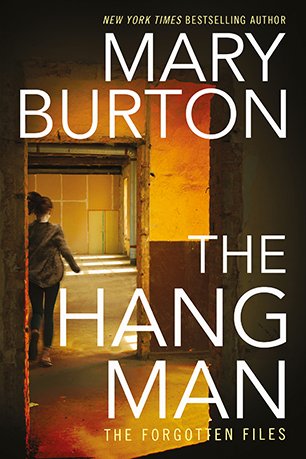 A uniformed officer stood by the strip of yellow crime-scene tape tied to a wrought-iron fence encircling the small front yard. A “Rice Renovation” sign was planted in a bed of overgrown weeds. He’d seen the company’s signs around the old Church Hill and Fan District neighborhoods and knew similar companies were buying and remodeling these vacant old homes for empty nesters hungry to move back into the city.

The officer shifted his feet and rubbed his hands together to chase away the night chill. “Neighbor across the street spotted a fire on the first floor and called it in.  Crews put it out in fifteen minutes. It appears electrical, but they’re calling in the arson investigator. The house’s new owner was alerted. You received the call when they found the body in the basement.”

“Very funny,” he said.  The forensic technician looked like a kid. Natasha Warner couldn’t have been much older than his daughter. Frequent workouts kept Novak’s body trim but the glasses and the flecks of gray at his temples gave away his approaching forty-second birthday.

The summary struck a sharp nerve. His late wife had killed herself. But she’d not chosen pills. That was too passive for Stephanie. No, she’d driven her car into a lake. The kicker had been that she’d strapped Bella, their one-year-old, into her car seat. Fortunately, someone had seen Stephanie’s car plunge into the water.  Bella had been pulled out as Stephanie screamed and fought to be left alone. The lake had quickly sucked the car under, and by the time Stephanie had been pulled from the water, she was dead.