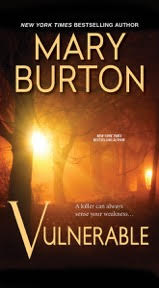 So happy to be sharing VULNERABLE with you all at last!  Not that it’s really been a long wait.  It’s simply that once I finish a book, it always seems that way to me. I’m just excited about getting to the part where I hear if you like the story, what you think about the plot, characters and the romance, and—I can’t help myself—find out if you guessed “whodunit.” 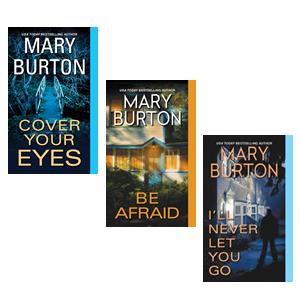 Thanks to everyone who’s shared how much they’ve enjoyed my previous Morgan Family titles, I’ll Never Let You Go (Alex), Be Afraid (Rick) and Cover Your Eyes (Deke). Now, as you know, it’s sister Georgia’s turn. She’s teamed with Detective Jake Bishop for a cold case that suddenly turns hot—and deadly.

Haven’t read them all?  Loaned your copies out and never saw them again? Have a friend who needs to catch up? If so, please celebrate the publication of VULNERABLE with me by entering to win the first three Morgan Family novels.  As soon as you finish doing that, I hope you’ll be settling in to read VULNERABLE.

Good luck in the giveaway and please feel free to share the publication day excitement and chance to win with friends and family.

Last week’s Forensic Friday continues with more Forensic Facts garnered during the visit to The Department of Forensic Science and Dr. Marilyn Miller at

Using physics, biology and mathematics, an investigator can study a bloodstain’s pattern, size, shape, location and distribution to determine what either shed the blood or what might have come in contact with it.  Blood spatter patterns, transfers, and voids can help investigators recreate the sequence of events before, during and after the crime.  To do this, investigators must match blood patterns to the objects that created them.

At VCU we we played a guessing ‘game’–match the blood pattern to the object.  Some patterns were easy to match whereas other we quite a challenge. 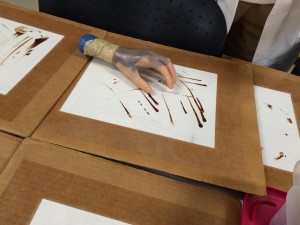 Below we are identifying the object that created the bloodstain pattern. 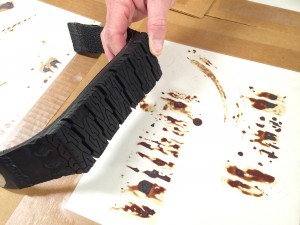 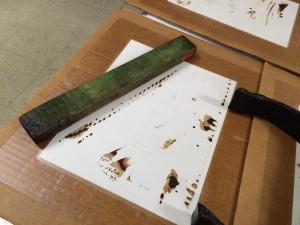 Virginia Commonwealth University. Thanks again to Dr. Marilyn Miller for inviting us. 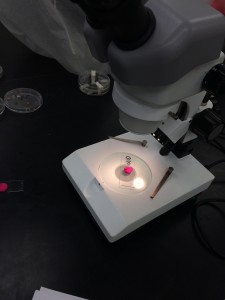 A chip of paint can be an important source of trace evidence that helps investigators solve a crime such as a hit and run accident or a breaking and entering.  Paint chips and flakes knocked off of a vehicle during a collision can help pinpoint a vehicle’s make, model and sometimes the year.

Paint can also identify a tool used to wedge open a door or window during a burglary. 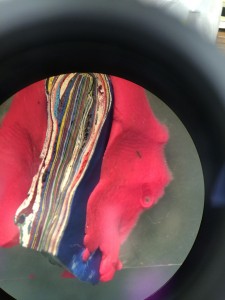 It is often the under layer of paint that provides the most information to an investigator.

Because paint is on most surfaces, it is a valuable source of evidence.

This edition of Forensic Friday comes to you from the heart of downtown Richmond and The Department of Forensic Science at Virginia Commonwealth University. VCU boasts one of the oldest forensic science programs in the country and members of Sisters in Crime Central Virginia were invited to spend the evening

What a time we had. A thank you and shout out to Dr. Marilyn Miller and her students. There’s too much info for one Forensic Friday post, so I’m sharing some today and will follow up with more next week. 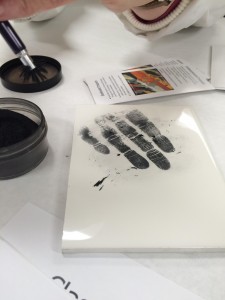