Skeletonized Remains in Be Afraid and Dying Scream . . .

Hello, all! Today is the start of my “limited series,” Forensic Fridays. I hope you’ll join me for the next seven weeks as I share info about forensic and law enforcement procedures that have made their way into my books. Welcome to week one!

Several years ago Sisters in Crime held a weekend long Forensics University which I attended.  One of my favorite sessions was led by an anthropologist who worked with the St. Louis Medical Examiner’s office.  Her specialties included identifying bones.  I was fascinated and went on to read extensively about bones. I even drove to D.C. to visit the Smithsonian’s Written in Bone exhibit. And I ended up with two sets of bones in Dying Scream.

Facts that found their way into that book include–

Dying Scream’s bones came from a family graveyard dating back a century and those of two people who’d died in recent years. 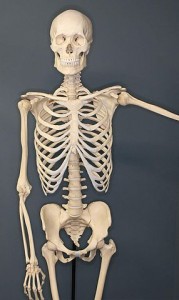 Bones play an even more crucial role in Be Afraid.  Detectives called to the burial scene at Nashville’s Centennial Park know immediately that they are dealing with the remains of a child and that the child has been dead a long time. The young victim’s 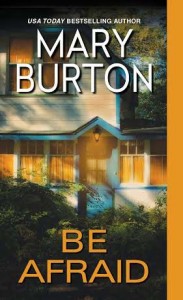 skull still has the lower jaw intact and the medical examiner sees baby teeth still in place. The number and position of the  teeth lead to an approximate age–under six.  Most children lose their front teeth by that age.

There is also a delicate ridge of bones above the eye sockets suggesting the victim was female.  Males generally have a thicker ridge.  A narrow nasal cavity suggests Caucasian.  Brittle bones point to malnutrition. And an indentation in their small victim’s skull suggests death by blunt force trauma.