Medical Examiner Dr. Addison Kincaid in conversation with newly hired forensic pathologist Dr. Tessa McGowan just after hearing that a murder victim is about to arrive. 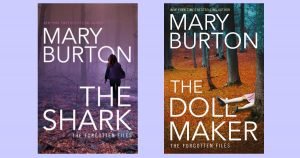 “Vargas said you’d need to see it to believe it.”

“Thanks, Jerry.” Dr. Kincaid checked her wristwatch. “Looks like our day isn’t over yet.”

Dr. Kincaid stopped, as if she’d caught herself. “You both were so professional this morning, it was easy to forget you two know each other.”

“I’ll take that as a compliment.”

Dr. Kincaid rubbed the side of her neck. “Why accept this job here? You knew you’d bump into him sooner or later.”

“Not a good idea when he’s on a mission to solve murder cases. He’s possessed.”

“Because of his sister?”

She’d never heard Dakota talk about his sister to anyone. “You know about Kara?”

“He asked me to review her autopsy file a couple of years ago. I went over it with a close eye but didn’t discover anything that made me think the cause of death wasn’t an accidental overdose.”

“I’m sorry to hear that. I’m not sure he’ll ever know any peace.”

“Did you know his sister?”

“As a matter of fact, I did. Both of us were local girls, and we ended up at the college here together. We had a lot in common. And we got along well until that last night.” Tessa drew in a breath, knowing she was opening a door that had been so hard to close.

“It’s okay. Might as well tell you. Kara and I and a couple of our friends went to a fraternity Halloween party together. It was a warm Friday night, midterms had just ended, and we were ready to have a good time. I left the festivities early. I ended up getting hit by a car blocks from the party. I don’t really remember the accident or the days surrounding it. My aunt told me later friends visited me in the hospital and told me Kara’s mother was looking for her. My aunt said my cousins were there, and they offered to call around, but they all agreed what could be done to find Kara was being done. I was released on a Wednesday, the same day she was found dead.”

She balled up her cap and tossed it in the trash. “The whole family fell to pieces. I was on pain meds, so I really don’t remember. My cousins tell me the funeral was one of the saddest moments of their lives. Dakota couldn’t get home until a month after the funeral, and by then I was in rehab. Dakota and I didn’t meet up again until about two years ago.”

Talking about this felt oddly disloyal to Dakota, but she wanted it out in the open. Life was full of enough drama without secrets. “We fell for each other, rushed into a marriage that imploded all in the course of one year.”

“As you know, Dakota is totally dedicated to the job. He doesn’t rest when he has an open murder case, especially when it’s a young person. I understand somewhat where he’s coming from, but there came a point when it came between us. When I learned about the opening on Project Identify, I took it. Now I’m back.”