I SEE YOU EXCERPT: Look in the Gray Trunk 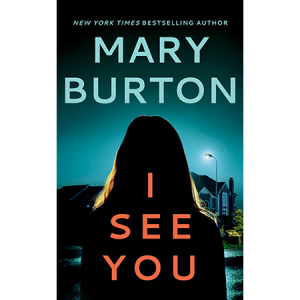 The building manager’s gaze dropped to the creased bills carefully smoothed out so they did not look like they had been jammed in a pantry mason jar. “I could lose my job.”

Nikki’s cash reserves were on vapors, and her credit cards bumped against their respective limits. What resources she still had needed to last until the end of the month, when her corporate freelance gig coughed up the two grand needed for rent. “No worries. Open the door, and no one will be the wiser.”

A string of sixty-watt bulbs skimmed along the top of the low, dark ceiling, dribbling light on the storage units housed in the basement of the Alexandria apartment complex they served. Moisture clung to the walls, and a musty scent filled the air. God only knew what the mold count was down here, and because Nikki’s medical insurance expired at the end of the month, she did not need some kind of bullshit allergic reaction.

The manager quickly pocketed the money and thumbed through a collection of keys until he found the right one. He jammed it in the lock and twisted. It did not budge. He removed the key, inspected the worn ridges and teeth, and then tossed her a baffled expression.

Nikki grinned but sensed her attempt to appear patient fell flat as the man’s brows knotted, and he refocused on a second attempt. He wiggled the key back and forth. This time he teased the tumblers into alignment. The lock clicked open.

His expression triumphant, he pushed open the door. “What are you looking for?”

She had received a tip through her website, Crime Connection, which she had set up two months ago after she’d left the news station. The purpose of the site was to turn cold or hot case tips into stories that would earn her another job in television. So far, the tips had either been bogus or so vague they had been unusable, but this one was so specific it gave her hope it would be different.

The sender had detailed the building’s address, this specific storage unit, along with a note to open a gray trunk. A little digging into the building’s history, and the unit’s owner revealed a Helen Saunders rented this space. By all accounts the eighty-eight-year-old lived quietly and had been retired for over two decades. She still volunteered at a food bank, had no criminal record, and always paid her rent on time. When Nikki had visited her yesterday, the woman had had trouble concentrating and had admitted she did not own a computer. Clearly, Helen had not sent the message via Nikki’s website.

Look in the gray trunk.

Nikki studied the dusty brown boxes covered in what looked like a decade’s worth of dust. She fished her GoPro from a large black purse and clipped it onto the V of her blouse, between her breasts. Back in the day, she would have had her cameraman, Leo, do the filming. But Leo, along with the steady paycheck and insurance, was gone. “Can you find Helen Saunders’s original rental application?”

“Those records would be in the warehouse, if we still have them.”

“There’s five hundred bucks for the guy who can find it for me.”

She leveled her gaze on the guy, sensing that despite his worry, he would be looking for that application. “Thanks for your help. I can take it from here.”

“I should stay. I got an obligation to my tenant.”

The manager eyed the camera and its strategic placement several beats before he raised his gaze to her face. “Do I know you?”

He shook his head, wagging his finger. “You do the news.”

Nikki switched the camera on. “Did.”

“You got canned, right?”

She had been chasing a story on political corruption and government contracting. The deeper she had dug into the systemic graft, the more committed she had become to the story. In the end, she had been damn proud of the final draft, which was some of her best work. However, the politically savvy station manager had not been as thrilled, and his heavy-handed edits had gutted the story. The stubborn streak that had propelled her up the career ladder now demanded she dig in her heels. Despite her manager’s ultimatum, she had read the story on the air during prime time. The next morning, when she had arrived at the station, her manager had canned her on the spot and had had her escorted out of the building. She had been taken aback, though not surprised, but as she had marched out of the office with her box of belongings, she had been optimistic because she’d believed her credentials would land her a job in another market. What she’d discovered was that her story had offended some powerful people who had seen to it that every major and minor news market was closed to her.

Refusing to let her temper rise, she angled her camera toward the building manager’s face. “Make sure I don’t accidently film you when I go live.”

He turned his face away. “I can’t be on camera. We’re not supposed to be here. I could get fired.”

“Take it from me—you don’t want that.”

The manager eased away from the door. “I’ll be back here.”

Of course, she wasn’t actually going live. Given her luck, this entire adventure could be a stunt designed to humiliate her.

She plucked her phone from her back pocket and held it up, knowing a second camera angle might come in handy during editing. In selfie mode, she began to record. “I just received an anonymous tip through my website, Crime Connection,” she said, loud enough for the camera to pick up her voice. “My source tells me to look for a gray trunk in this particular location.”

She panned around the space and then propped her phone on an old dresser mirror and continued to move boxes filled with crap that should have been tossed a decade ago. Dust soon coated her jeans and very expensive turquoise top. The grime would enhance the television drama but would be hell on the dry cleaning bill.

The camera jostled when she bumped it with a dusty box. “It’s an average storage unit that most of us who’ve lived in an urban apartment would have used at one time or another.” She moved a lamp from an ugly 1970s-style end table and angled her body around the table.

Nikki looked directly into the frame, wanting the lens to catch her pensive look. As she turned, she spotted the gray trunk.

After grabbing the leather side handle, she hefted the trunk and found it much lighter than expected. She set the trunk in the hallway, where the light was marginally better. Though she felt a rush of excitement, she did not hurry the opening. The buildup could be as important as the payoff. “A gray trunk.”

She picked up the phone and angled it toward the tarnished brass lock. Multiple angles always worked well in editing. Her fingers hovered over the lock.

As she adjusted the lens in for a close-up the manager peered over her shoulder partly blocking her shot.  She swatted him back as she pressed the release button on the lock. To her delight, it popped open. She lifted the lid. The box was filled with stained, brittle tissue paper, which crumbled on contact. Her insides tingled. She still lived for this and remembered how much she missed investigative journalism.

As she scooped up paper, she froze as she stared at the box’s contents. “Is this a joke? Did Rick put you up to this?”

“My former boss at the news station.”

“I don’t know Rick,” the manager said. “It looks like a Halloween decoration.”

It was a complete skeleton that was discolored and darkened. 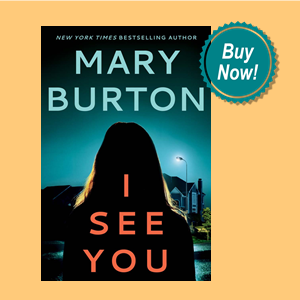