There’s an oft quoted statistic that says the odds of solving a  Missing Person case decrease by 50{2bc7e4e23428b05b0f692f1ddf5d723165e7c1faee94cc402238e96593bfbeaa} if a solid lead isn’t found within the first 48 hours after the person has gone missing.  Making the most of that time is crucial.  Family and friends need to know they can report a missing adult to the police immediately.

If an adult is suspected to be missing some of the suggested first steps are to check his/her neighborhood and other places the person might usually be, including family and friends’ houses and the area around the person’s home. It’s important to connect with neighbors, friends and relatives. Then get to the police. 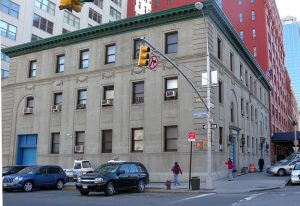 Ways to help the police get started quickly include sharing any reasons and suspicions that may indicate the person has not willingly decided to leave. Be honest about any activities, legal and otherwise, in which he/she has been involved that might precipitate a disappearance.

Also, whoever is reporting the missing person should be as prepared as possible to give information such as what clothes the person is wearing, accessories, and a physical description that includes tattoos and scars. Provide photos.

Once reported, produce and distribute flyers with a picture and other pertinent information including where the person was last seen.

Is the person elderly? In need of medication or medical attention?  Mentally impaired? Has no history of disappearing for periods of time? All of these things ratchet up the urgency.

High risk missing persons include those known to be abducted or for whom abduction is suspected, and those missing under dangerous circumstances.

That’s what Virginia state trooper Riley Tatum and former FBI agent Clay Bowman are dealing with in this excerpt from The Shark, the first of my The Forgotten Files novels.

“Don’t worry about me,” she said, sliding from the booth. “Just find Cassie. She has a chance to get out.”

Riley slid to the edge of the booth, pulled another business card from her back pocket, and pressed it into Sandy’s hand. “Just in case.”

“You lived on the streets, didn’t you?”