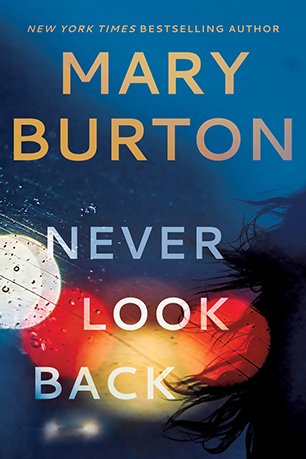 Enter lone wolf FBI agent Jerrod Ramsey. Stonewalled by a lack of leads, he and Melina investigate a scene where a little girl has been found abandoned in a crashed vehicle. They open the trunk to reveal a horror show and quickly realize they’re dealing with two serial killers with very different MOs. The whole situation brings back memories for Melina—why does this particular case feel so connected to her painful past?

Before time runs out, Melina must catch not one but two serial killers, both ready to claim another victim—and both with their sights set on her.

Heat and humidity punched up the bleach’s faint scent in the van’s dark interior. It made his eyes water, his throat burn, and his palms itch under the latex.

Perhaps the second dousing of cleaner had been overkill, but his belt-and-suspenders approach never failed him. He had many faults, but carelessness was not one of them. Better this temporary irritation than a lifetime in a jail cell.

He rolled down the driver’s side window, knowing next time he would rinse out the vehicle with more water after the bleaching. He turned his face toward the warm, fresh air. He inhaled and closed his eyes, pretending the whoosh of cars on Interstates 24 and 40 was the ocean. Some of his best Date Nights had been on secluded beaches.

He had enjoyed traveling up and down the East Coast because he had decided long ago the women at the beach were the prettiest. Accustomed to warm air and sunshine, they tended toward short skirts and revealing tops and, for the most part, stayed in shape.

As much as he loved the ocean, he had sensed it was time to move on to new territory. Maybe it was because he was getting older, but he had felt a pull toward Nashville, his hometown. His parents were long dead. Any friends he’d once had would not recognize him. Repatriation was good for the soul. It reinvigorated the senses. Challenged the mind.

Nashville, Tennessee. Music City. Home of the Country Music Hall of Fame. He had forgotten that it was such an exciting, bustling city filled with beautiful ladies who did not disappoint.

What Nashville lacked in beaches it made up for with out-of-the-way spots. The houses he had found were all located at the end of winding roads on the tops of hills. Their views were amazing. In the five weeks he had been back, he had enjoyed two Date Nights with women he had chosen from the streets. Online shopping for a date was efficient, but it also left a digital trail. Old-school cruising left less evidence.

Once he’d made his selection, it was off to his hilltop, where he and his Lady Loves had had all the time in the world to get to know each other.

Good relationships needed privacy. They could not be rushed.
Yes, sir. He had enjoyed two very fine dates recently. He should have been satisfied by now. But instead he remained ravenous and craved a third date.

He blinked and then rubbed his nose. The smell was fading, which was good. First impressions mattered.

The strong scent was due to two cleansings in as many days. Generally, he allowed more time. But he was not getting any younger. And each day he realized how precious time was becoming.

He had parked his van in the shadow of an abandoned South Nashville warehouse in an area called the Bottom. This industrial section was nestled between the Nashville airport and the juncture of Interstates 24 and 40. It was the workmen’s world by day and the playground of prostitutes and johns by night.

A couple of miles north, the skyscrapers shimmered over Music City’s business district. Nestled among the tall buildings was Lower Broadway, where red, white, and blue neon lights charmed tourists into cowboy boot shops, honky-tonks, and the Grand Ole Opry.

Only a stone’s throw separated Nashville’s vibrant downtown from the Bottom, but the worlds could not have been more distant.

In the Bottom, revving cars, shouts, and gunfire replaced the sound of live music. The air carried the odor of fetid garbage rather than smoky barbecue. Instead of smiling tourists strolling Lower Broadway, junkies needled heroin into exhausted veins while hookers slid into an endless supply of cars.

This was his tenth trip to the Bottom in the last month. Down here the lineup changed from day to day, week to week. Always a fresh face. Familiarity could make a man sloppy, but he approached each trip as if it were his first, careful to avoid aggressive pimps or the very rare cop.

Most of the women down here had a hard, worn look that did not appeal. He did not care for the experienced ones. Too jaded. Tough like gristle. Not just any gal would do for Date Night.

Tonight, he felt lucky. In control.

On the corner across the street stood two women. They had arrived about a half hour ago and seemed to know the area well. The women were constantly adjusting their outfits and scanning the area. A third girl arrived. She spoke to the duo, and the other girls did not appear to welcome her.

New Girl was not tall, but she was slim and very fit. Long black hair draped shoulders clad in a white button-down shirt. She had twisted the shirttails around her narrow waist and tied them into a knot above a brass belt buckle. The top four buttons were unfastened to the edges of a lacy white bra filled with ample, perky cleavage. Some men liked legs. Others, ass. He was a breast man.

Skinny jeans perfectly hugged legs rising out of red cowboy boots studded with silver rhinestones. She had a fresh look that was pleasing. His Date Night girl needed to have some experience, but he also did not want rode-hard-and-hung-up-wet.

This one looked young. Body of a teenager, but her demeanor suggested she was a few years older. Hard to tell. The streets aged girls like her.

This was not the first time he had seen this one down here. Three nights ago, he had glimpsed her laughing with several of the girls, but before he could make his move, the priest who operated the Mission had engaged her in a lengthy discussion.

He leaned forward, resting his forearms on the steering wheel. The glow of the streetlight shadowed Date Night girl’s angled chin. Her back was straight. Tits out. Good posture. This girl was self-assured and would do nicely.

He imagined the sound of bones crunching. Screams. The feel of warm blood on his face.

The strong and healthy ones could sustain a great deal of abuse. It was always disappointing to go to the trouble of finding a date, arranging a first outing, and then having them die too soon.

He had had thirteen girlfriends in all. A couple of girls had made it beyond a week, but the others had barely survived a few days. His longest relationship had lasted sixteen days.

New Girl ran long fingers through her hair, arching her back seductively as if she knew he was watching. His attention focused on the trim waist and then roamed over her full breasts and slim neck.

He imagined her stripped down, her tanned skin glistening in the moonlight and a tight collar around her throat. Dangling from the collar was the key to unlock the cuffs that restrained her.
He had high hopes for this one. He imagined her breaking, submitting to him.

Growing hard, he palmed his johnson. Anticipation crept through him. “Ready to play in my van, Ms. Perky Breasts?”

He was tempted to walk up to her, but with the other girls close, he did not. Moving in the open was a recipe for trouble. Even if the other girls did not remember him, there were unseen cameras or witnesses lurking. Lots of traps in the game he played. And he knew them all.

He scratched above his ear where some of his real hair had slipped the confines of the blond wig. Tugging at his gloves, he was anxious to be done with it, as well as the colored contacts and glasses, but he could not reveal himself until he and his girl were alone. It was the belt-and-suspenders approach.

New Girl fished in her purse, pulled out a cell phone, and raised it to her ear. She ducked her head, as if in deep conversation. Pimps kept a tight leash on their girls. Most texted every half hour and expected a quick response, or there would be hell to pay. Always better to avoid the pimps. The priest was also a problem. She watched out for the girls like they were her flock.

Date Night girl ended her call as a black early-model Cadillac pulled up. It had chrome wheels and a white convertible top with Tennessee plates. The first two girls approached the car and leaned inside to chat with the driver.

“Don’t you leave me, girl.” He whispered the words over and over as anxiety crawled up his back.

It was just the two of them.

“Burton grabs the reader from the first chapter and doesn’t let go…. The plot is captivating, and a great twist makes the package complete.” Bookreporter.com

“Never Look Back is another book I would recommend from this author. I have enjoyed everything of hers I have read so far.” Booksofmyheart.net