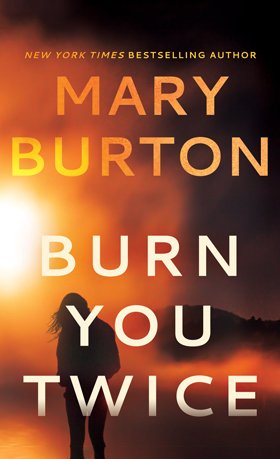 Ten years ago, undergrad Joan Mason escaped an arsonist’s fire. Shaken, she fled the small collegiate Montana town, leaving behind friends and not looking back. Now a Philadelphia homicide detective, Joan’s trying to put her traumas to rest. It’s not easy. Elijah Weston, the classmate who torched her house, is out of prison and returning to Missoula. Gut instinct tells Joan he’ll strike again. To stop him, she must return to the past as well. To face not only the man she fears but Detective Gideon Bailey, too. The man she loved and left behind.

When a local woman dies tragically in another fire, it can’t be a coincidence. Can it be Elijah? He has a solid alibi for the night of the blaze. Reunited by the tragedy, Joan and Gideon have their doubts. So does Gideon’s sister, Ann—Joan’s old college roommate.

The investigation draws Joan and Gideon together, but it also sends them down a dangerous path—into a troubling history that Joan, Elijah, and Ann all share. As more lives go up in flames in Missoula, this town’s secrets are just beginning to rise from the ashes.

The college campus bar was packed with students celebrating the end of another school year. All eyes were on the small stage, now flashing with blue and white spotlights as a singer gripped the mike and hit the high notes on the song’s last chorus. Everyone was mesmerized, including Joan and Ann who were standing near the bar.

He had been watching the two women for weeks. He knew where they lived, where they hid the spare key to their house, their class schedules, and even what they ate for breakfast. He had been in their house several times, lain on their beds, inhaled the scent of their perfume from their clothes and dreamed about this night. Over the course of the last few weeks, the rhythm of their lives had become second nature to him.

Now as Joan and Ann seductively moved to the music’s beat, he removed a small vial from his jean pocket and moved closer to the bar. When the bartender turned to fill a drink order, he quickly squeezed several drops of a sedative into each woman’s drink. The drugs would not knock either woman out immediately, but the dosage was enough to coax each back across campus to the safety of their home.

As he melted back into the crowd and the song ended, Joan and Ann turned back to the bar and gulped from their beer mugs. Their bodies glistened with sweat and they were laughing. They were so confident and sure of their bright futures.

He had only five minutes to wait before Ann set her drink down. She yawned, said something to Joan, who shook her head as if she wanted to stay. He thought for a moment Ann might leave alone. Having only Ann at the house was not part of the plan. For it all to work, Joan needed to be in the house as well. Tension rippled through him as he thought about all his plans crumbling. Maybe he should have put more drops in their drinks.

And then minutes later, Ann spoke to Joan again and the two stepped out into the cool night air. He followed, careful to keep a safe distance.
“I just need a minute,” Ann said as she walked toward the middle of the parking lot. “I’m dizzy.”
“I’m a little tired myself,” Joan said yawning.
“Would we be wimps if we called it a night?” Ann said.
“No. We’ll both head home.” Joan’s words sounded a little slurred.
Ann blinked and gently patted her own cheeks with her hands. “But you have been looking forward to hearing this band.”
“I’ve heard enough,” Joan said. “And you look dead on your feet.”

They walked the three blocks to their small one-story house located at the edge of the campus. He followed, careful to remain in the shadows. Several times, they paused, drew in breaths as if to clear their heads, and then continued walking.

When they arrived home, Joan fished out the key from under the front doorstep mat and pushed it into the lock. “I didn’t think I was that drunk. But I feel like I’ve been kicked by a mule.”
Ann leaned against the house. “We’re tired, is all. We’ve both been burning the candle for weeks.”

Joan opened the door and clicked on the light. Ann said something he could not hear, and they both giggled as they moved into the living room and plopped onto the couch by the bay window.

Anticipation burned in him as moved toward his truck parked across the street. He was anxious to get this party started but knew patience and the details mattered. He pushed back a surge of desire.
“Focus,” he whispered. “Stick to the plan.”

Joan rose and moved toward the kitchen. She tripped, righted herself, and then opened the refrigerator door. While she stared, her body swayed as if standing up straight required too much concentration and effort. Finally, empty handed she closed the door and moved past Ann, who had now passed out on the couch.

He waited another ten minutes before reaching under a tarp covering the bed of his tuck. He grabbed the handles of two gallon sized plastic jugs stowed side by side. The containers were each filled with gasoline and the tops were sealed with fragments of a torn gym sock.

The night’s inky blackness offered him the cover he needed, as he moved with practiced efficiency. He had planned this night for weeks and pictured each and every detail down to the last moment.
Crossing the small front yard, he ducked around the side of the house. He set the first unlit device under Joan’s window and then moving around the house place the second jug by the back door. There was a third gasoline styled bomb under the house’s crawl space and positioned under Joan’s bedroom.

As he reached for his lighter, he noticed that the backdoor was unlocked. “Sloppy, girls. Sloppy.”

The temptation to see Joan and Ann unconscious and helpless was too strong to resist, so he carefully pushed open the back door. The house was silent as he moved into the small living room toward Ann, who lay on her belly, her hand draped over the side of the couch.
A part of him was sorry for her. Ann was sweet by nature and so pretty.
“You should have listened to me.”

He moved more confidently across the room and carefully pushed open Joan’s bedroom door. She lay on her back, her body relaxed and boneless. Her breathing was deep and steady. He stood by her bed and gently brushed back her dark hair. She had a pretty face. A very nice body. But she was bossy. Loud. Had a real mouth on her.
“This is all your fault. Ann will suffer because of you. You just don’t know when to stop pushing.”

As if something deep inside of her sensed the danger, she drew in a deep breath and rolled on her side toward him. He stood very still, watching and waiting for her eyes to open. Even as he feared discovery, a part of him wanted her to see him standing over her. He imagined her shock and then her fear. God, how he wanted to see her tremble.

Dark urges burned inside him. It would be so easy now to strip her naked, shove inside of her and show her just how badly she had underestimated him. But that was not part of the plan. His fire would dish out the perfect punishment.

He rose, crossed the room and closed her bedroom door. He closed and locked the kitchen door behind him, carefully centered his device by the door and adjusted the torn sock deeper into the gasoline. He fished a lighter from his pocket and dragged his thumb over the spark wheel. A flame flickered. For just a moment, he stared at the pretty flame that danced and undulated as it whispered promises of destruction.

He lighted the gasoline-soaked cotton cloth, and it caught fire immediately. Practice had taught him that this was the critical time. There were only seconds before the flame reached the gasoline reservoir, so he had to move quickly to the second device, light it and hurry to his truck.

As he slid behind the wheel and started the engine, the first bomb exploded. Though it was tempting to stay and watch his fire roar to life, he pressed the accelerator and slowly drove down the street. The second explosion under Joan’s window pulled his gaze to the rearview mirror now illuminated with orange and yellow flames licking up the side of the house. The blaze on the backside of the house cast off dark billowing smoke that threaded up and through the flames.

God, it was beautiful. Pride swelled in him. He grew hard, sorry now he had not taken Joan.

As he turned the corner, the third bomb denoted, and more flames shot up as a fire engine’s siren blared in the distance.   Help was on the way. Too bad it would not be in time.

“Mary Burton’s writing is compellingly readable as she spins a tale of arson, lust, and murder.” CriminalElement.com

“A solid story with well-written characters and a plot that keeps readers engaged.” RedCarpetCrash.com

“The plot has scorching action. The twists and turns keep the reader on the edge of their seat as they will not want to put the novel down.” MilitaryPress.com

“This story consumed me…I highly recommend this book to all of you, thrilling mystery fans out there.” Baronessbooktrove.com

“This was a great story.” ManhattanBookReview.com 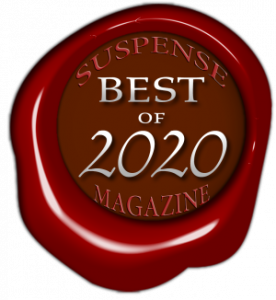