Virginia state trooper Riley Tatum and former FBI agent Clay Bowman are in the midst of a missing person case in this excerpt from The Shark, the first The Forgotten Files novel. 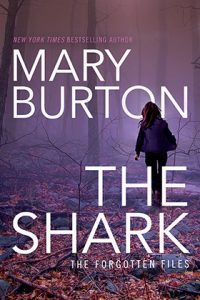 “Don’t worry about me,” she said, sliding from the booth. “Just find Cassie. She has a chance to get out.”

Riley slid to the edge of the booth, pulled another business card from her back pocket, and pressed it into Sandy’s hand. “Just in case.”

“You lived on the streets, didn’t you?”